The Bellatrix upgrade, which begins the final countdown, is set to activate on Sept. 6. The Merge itself will be completed at some point Sept. 10-20. 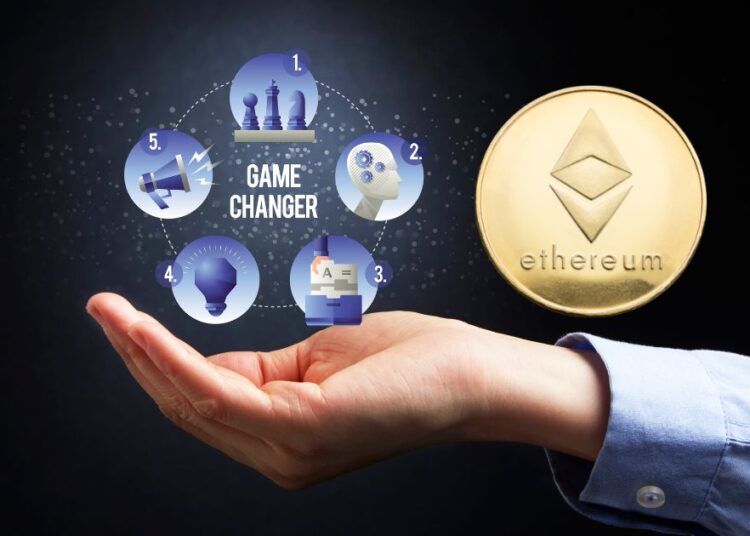 The Ethereum Foundation disclosed Wednesday the official parameters for the long-awaited Merge blockchain upgrade to a proof-of-stake consensus mechanism.

Proof-of-stake is a method of maintaining integrity in a blockchain, ensuring users of a cryptocurrency can’t mint coins they didn’t earn. It is considered to be more energy efficient than Ethereum’s current proof-of-work system.

Ethereum network is nearing the merger phase of its crucial transition from proof-of-work (PoW) mining consensus to proof-of-stake (PoS). Ethereum (ETH) devs offered a perpetual merger date during a conference call on Thursday.

Later, Ethereum developer superphiz.eth tweeted about the roadmap to the merger and also cleared that the proposed target date should be seen as a roadmap rather than a hard deadline.

This merge timeline isn't final, but it's extremely exciting to see it coming together. Please regard this as a planning timeline and look out for official announcements!https://t.co/ttutBceZ21 pic.twitter.com/MY8VFOv0SI

“Following years of hard work, Ethereum’s proof-of-stake upgrade is finally here! The successful upgrade of all public testnets is now complete, and The Merge has been scheduled for the Ethereum mainnet,” the Ethereum Foundation stated in its blog post.

Pro-tip: if there's a long-established tradition of people debating A vs B based on deep arguments touching on math, economics and moral philosophy, and you come along saying "B is dumb because of a one-line technicality involving definitions", you're probably wrong. https://t.co/22N0OaHyz1

The Merge, as announced by the Ethereum Foundation, will happen in two steps. The primary step is the Bellatrix network upgrade that is set to occur on September 6, 11:34 AM. The network upgrade is followed by the Paris upgrade, which will complete the execution layer’s transition from proof-of-work to proof-of-stake. Paris is estimated to take place between September 10 and 20, 2022.

The network will become slightly quicker, cheaper, and more energy-efficient thanks to the new consensus. Different rules apply to proof-of-stake than proof-of-work. Miners will be replaced by validators. In order to keep the network functioning, validators either stake or lock up ETH. The responsibility of validating and adding transactions to the blockchain will fall to the validators. Additionally, the blog post also includes the client releases for the node operators and also talks about the Merge bug bounty bonus for those who identify critical bugs on the network. 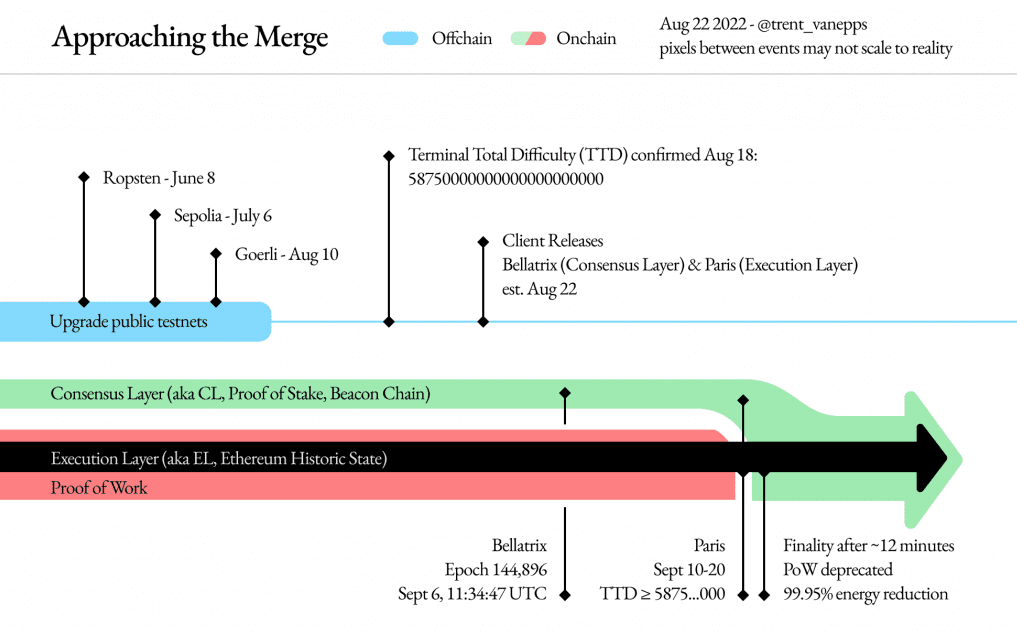 The final trial of the Merge is set to occur on the Goerli network, which is scheduled for the second week of August. After its merger, the official Merge slated for the second half of September would become a priority for devs. Ethereum’s transition to PoS based network is expected to reduce its energy consumption by 99% and the introduction of sharding (expected by the first quarter of 2023) would make the network highly scalable and on par with centralized payment processors.