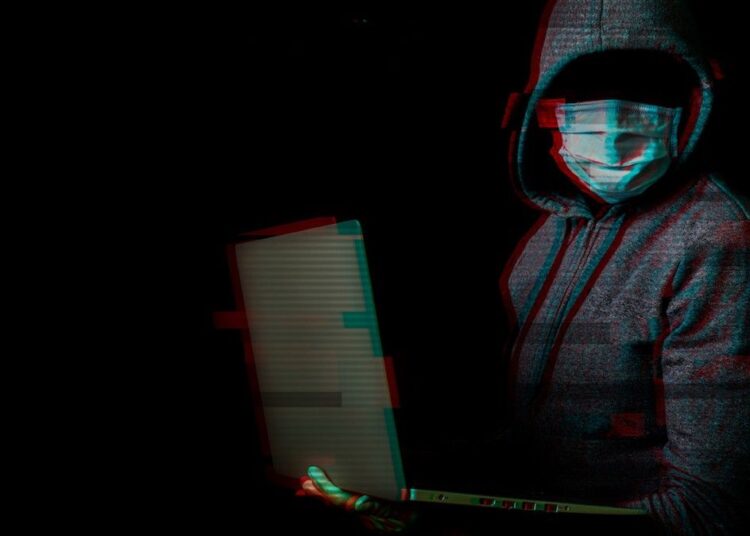 Cryptocurrency exchange platform Hotbit has shut down all of its services after an attempted cyberattack on Thursday.

Hotbit just suffered a serious cyber attack starting around 08:00 PM UTC, April 29,2021, which led to the paralyzation of a number of some basic services.

The exchange says that it is “about to exceed 2 million registered users and has a huge service system architecture of more than 200 servers online, in order to ensure security, Hotbit team will completely rebuild all servers.”

Hotbit team has shut down all services for inspection and restoration immediately.

Addressing users on the exchange’s Telegram group, Alex Zhou, chief security officer of Hotbit, revealed that user funds were unaffected by the attack, stating: “The attacker tried to break into the wallet server to steal funds but the action was identified and blocked successfully by Hotbit risk control system. All users’ funds are safe.”

The daily progresses regarding our restoration process are listed below

May 1st, 2021
Complete the plan of the new architecture, with approximately 200 servers in the process of reinstallation of system environment. https://t.co/DyGwkxfvlY

“At the same time, Hotbit is in the process of transferring all funds in hot wallet to cold wallet, the details of the whole integration could be seen on the chain,” he said. 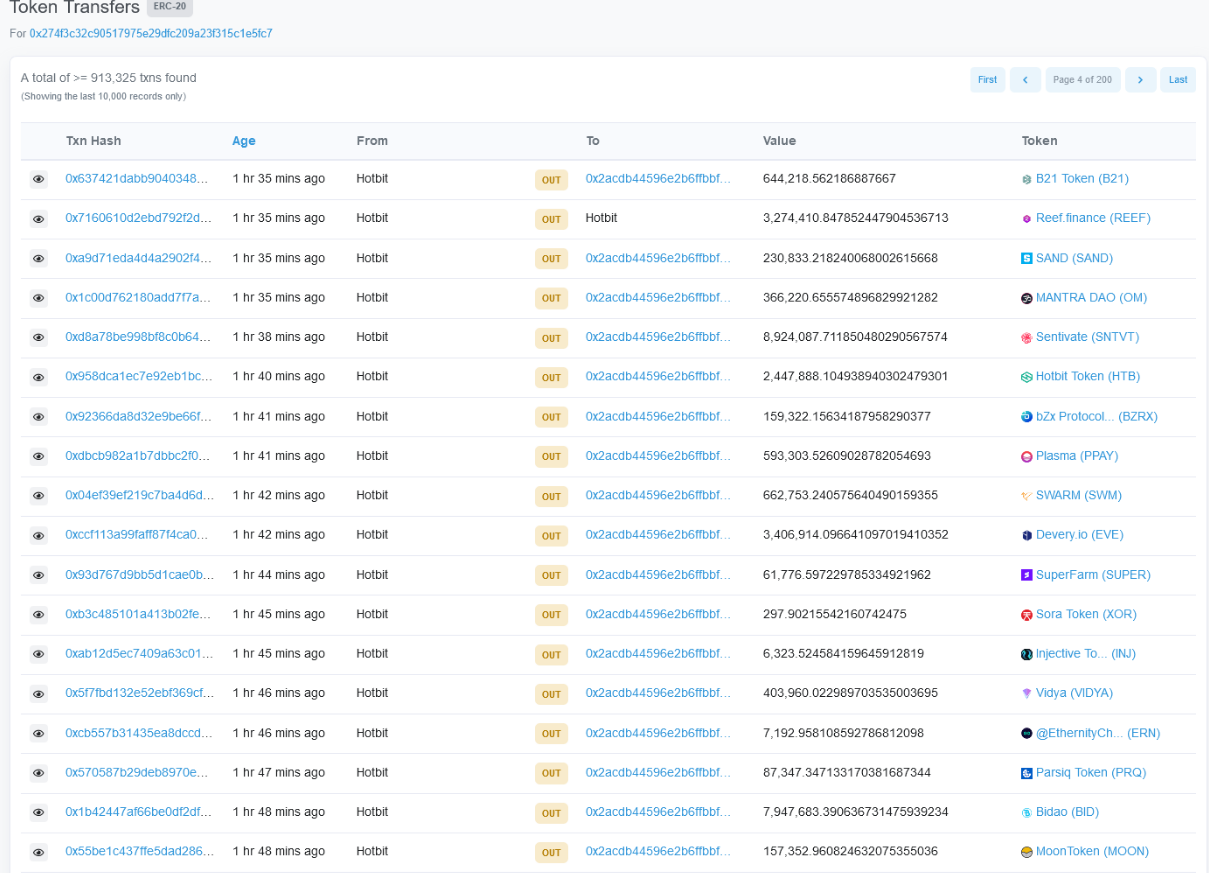 Fears over the incident being an exit scam by the Hotbit team are palpable. Earlier in April, two major exchanges in Turkey went offline, with their executives fleeing with millions of dollars in user funds. Both incidents have led to sweeping arrests by law enforcement agencies as well as plans by the government to establish a central custodian bank for cryptocurrency exchanges in Turkey. 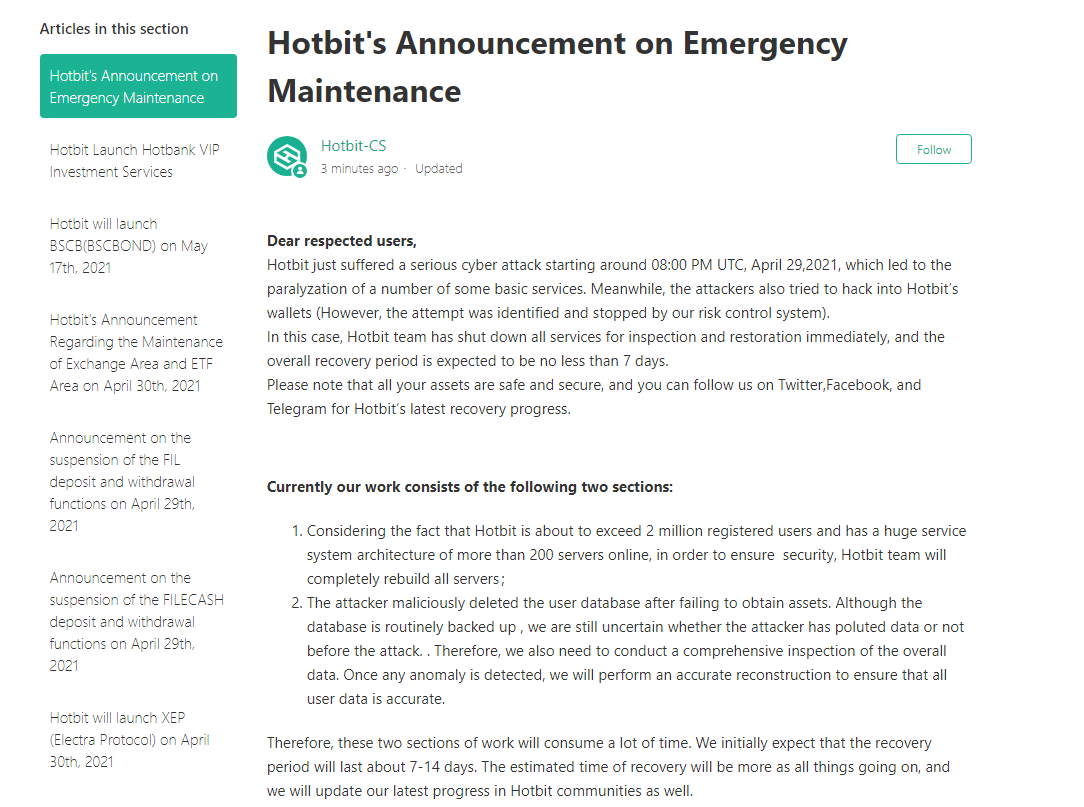 The exchange explained that the attacker deleted the user database after failing to obtain assets. It also warned that “The attacker has already gained access to the database,” so users’ “registered phone number, email address and asset data” may have been leaked.

While stating that the database is backed up, the company says, “we are still uncertain whether the attacker has polluted data or not before the attack,” justifying the need for “a comprehensive inspection.”