A new survey of 18 companies that Framework Ventures has backed to find out about their salaries and token distributions. 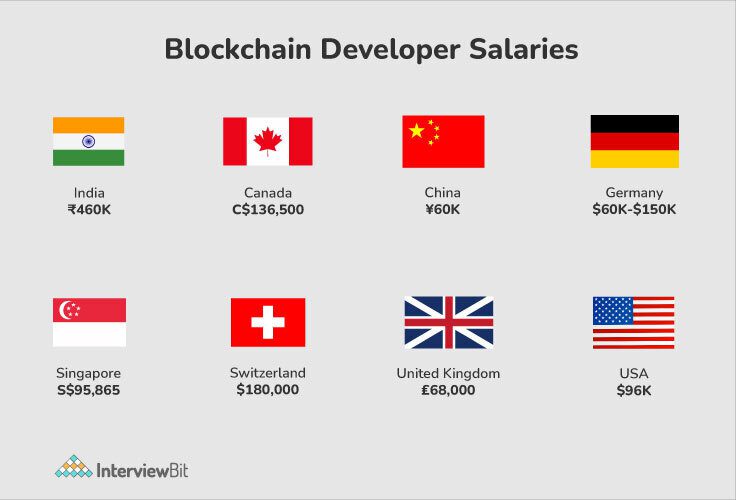 Does it make sense to quit your job and work in crypto? Framework, a crypto venture capital firm, has just released a new study that helps answer this question by offering at startup salaries and giving concrete information to anyone who wants to join the crypto gold rush.

The venture capital firm asked 18 companies in which it has investments how much money they make. Pay for both technical and non-technical salaries is well into the six-figure range, with one high-flying engineer making $300,000 in base pay. Founders can also expect to get between 1% and 10% of the total supply of tokens.

Daniel Mason, an operating partner at Framework Ventures and the person in charge of the survey, said, “There’s nothing like Glassdoor or Levels for Web3 right now.” He said that sharing this information helps “both founders and job seekers by making the ecosystem more open.” 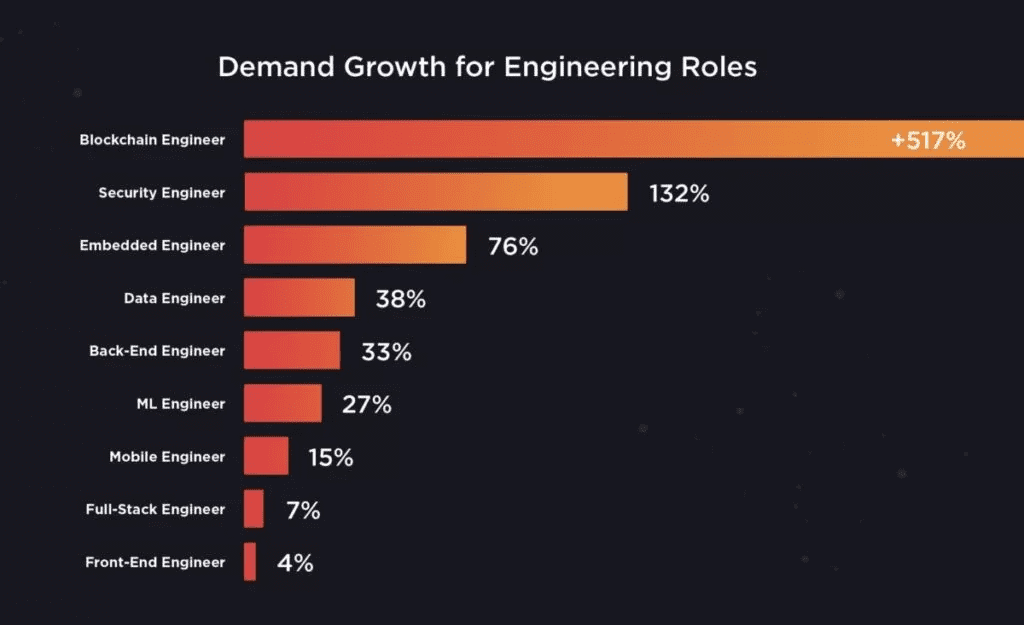 In May, an anonymous survey was done with early-stage companies that had anywhere from two to eighty employees. Companies in Framework’s portfolio are mostly focused on Ethereum-based decentralized finance (DeFi) projects, infrastructure, and Web3 gaming. This includes lending protocol Aave, play-to-earn game Illuvium, and stablecoin project Fei.

The data shows the base salaries and allocations of equity and/or crypto tokens for four key groups: founders, executives (non-founder c-suite hires), engineers, and operators who are not engineers (sales, marketing, recruiting, etc.).
“Base salaries for Web2 and Web3 roles are similar, but the token upside is what makes the difference,” said Dan Eskow, founder of the crypto recruiting firm Up Top. “Even a small token allocation can be very valuable if the project becomes the next billion-dollar protocol.”

Framework’s Mason says that a bear market, which is still going on in crypto, is the best time for people who want to ride the next crypto rocket ship.

Mason said, “There are no guarantees when it comes to compensation packages, but I think it’s usually best to lock in terms when a project or company is valued lower.” “While FAANG stocks are down 30%–35% year to date, crypto is down much more, so I think it’s possible that those who join the right project now could see more upside than those who joined at the top of the last bull market.” 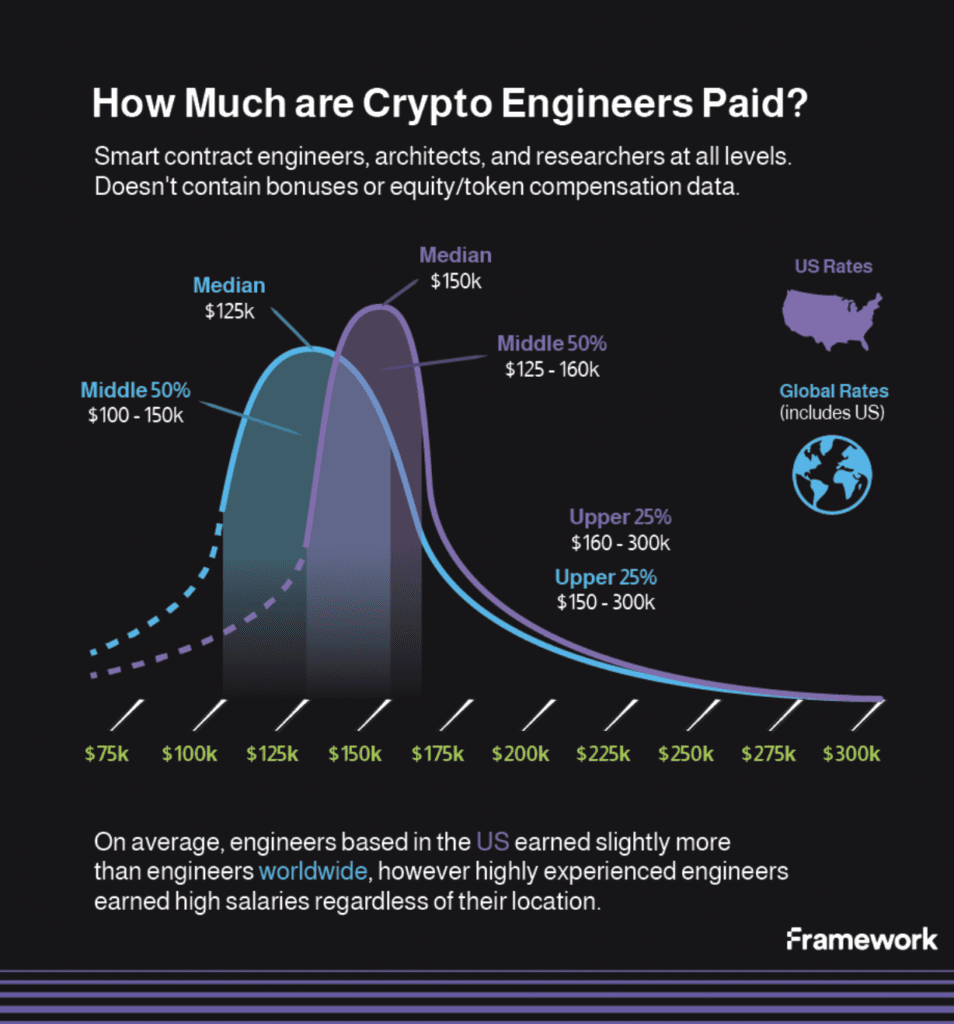 Non-token equity: About 80% of it was owned by the founders in the early stages, but by later rounds, that had dropped to 20%-50%.

Token equity: Founding teams own between 8% and 12% of the token supply of tokens, while individual founders own between 2.5% and 7.5%, with 4%-6% being the most common. The single founder of an early-stage startup had the highest percentage of ownership, at 10%.

Token equity: 0.5%–1% of the maximum token supply at DAOs and protocols with a token at later-stage companies